Michael D. Harris joined SoCal IP Law Group in May 2007, as a partner in the firm.

Mr. Harris has focused his legal practice on intellectual property, concentrating on IP litigation as well as patent and trademark filings. He started his career as a patent examiner with the United States Patent and Trademark Office during law school.

Mr. Harris spent most of his career as a partner of Poms, Smith, Lande & Rose, a former intellectual property boutique in Los Angeles. When Poms, Smith merged with the international firm of Oppenheimer Wolfe and Donnelly, he became a partner of that firm. Mr. Harris then joined Kleinberg & Lerner in 2003.

California and District of Columbia; Federal trial and appellate courts including the United States Supreme Court, Ninth Circuit, Federal Circuit, and Court of Federal Claims. Admitted to practice before the United States Patent and Trademark Office. 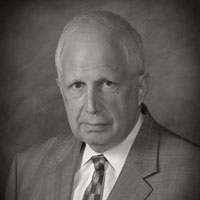