Steve Sereboff is recognized as a premiere intellectual property strategist. Clients rely on Steve not only for great patents, they also depend on his economic and business acumen to guide their decisions on what to patent and where. Steve’s clients rely on him for pragmatic advice on managing corporate risks arising from IP. He regularly advises clients on how to leverage their IP rights, and how to avoid claims of infringing others’ IP rights.

Steve Sereboff has specialized in intellectual property law since 1991. His practice includes licensing and contracts, patents, trademarks, copyrights and trade secrets. He holds a B.S. degree in Electrical Engineering from the University of Maryland, and had seven years of experience in the computer software business before earning his law degree from Boston University. While at Boston University, Mr. Sereboff founded Boston University’s Technology, Science and Law Association, and was employed by MIT to negotiate and manage software licenses. His technical expertise includes many aspects of computers (both software and hardware) and myriad electronic and electrical devices, their operation and manufacture.

Steve’s opinion was sought and Steve was quoted in the following high-tech patent news stories.

An Update on the Law of Patent Infringement in the U.S.
American Bar Association, 09/07/2011

Patent Litigation Weekly: Who is Driving the False-Marking Frenzy?
Law.com, May 31, 2010 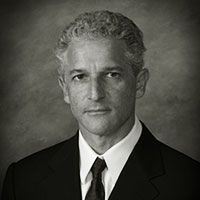